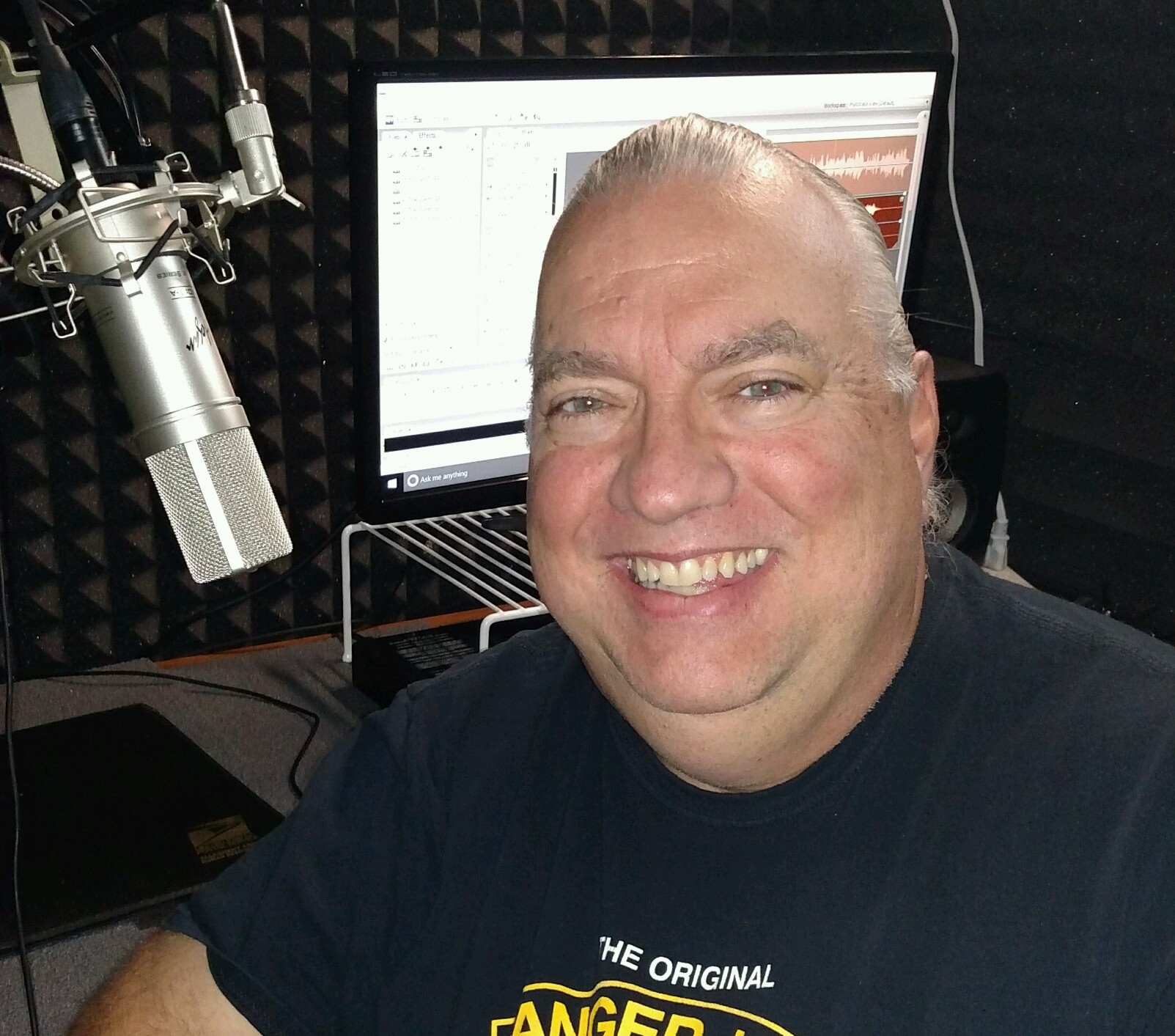 Joe is the owner of JoeKat Voice-over LLC, which opened for business in June 2016. He honed his speaking skills for 25 years as a classroom instructor, meeting facilitator, and special-events emcee with the United States Postal Service.

Since completing his training, Ron Allan has cast "Zunardo" in 20 commercials for TV and radio broadcast, including 5 TV spots as "the voice of Tony The Tailor" men's clothing store in Charleston WV. NXLevel Solutions, a media company in New Jersey, has cast him as a voice in three different eLearning courses in 2017.

Joe works in a dedicated studio space that he built, with extra layers of sheetrock and rigid foam insulation in the walls and ceiling, Auralex acoustic foam tiles, and carpeting on the floor and desk surfaces to absorb echoes.

He uses the Harlan Hogan VO-1 microphone, running through an Aphex Channel pre-amp and Focusrite Scarlette 2i4 interface. His PC was designed and built by voice artist Danny Betz of Redemption Computers LLC. He uses Adobe Audition as his recording/editing software.

He is a skilled public-address announcer for college and high school sports events, providing a classy and professional voice that reflects well on the home team and the venue..

Joe has extensive experience as a special events emcee, including 9-11 postage stamp unveiling ceremony by the U.S. Postal Service held at the Ohio Statehouse capitol building in 2001, where he introduced the governor of Ohio and other state dignitaries.